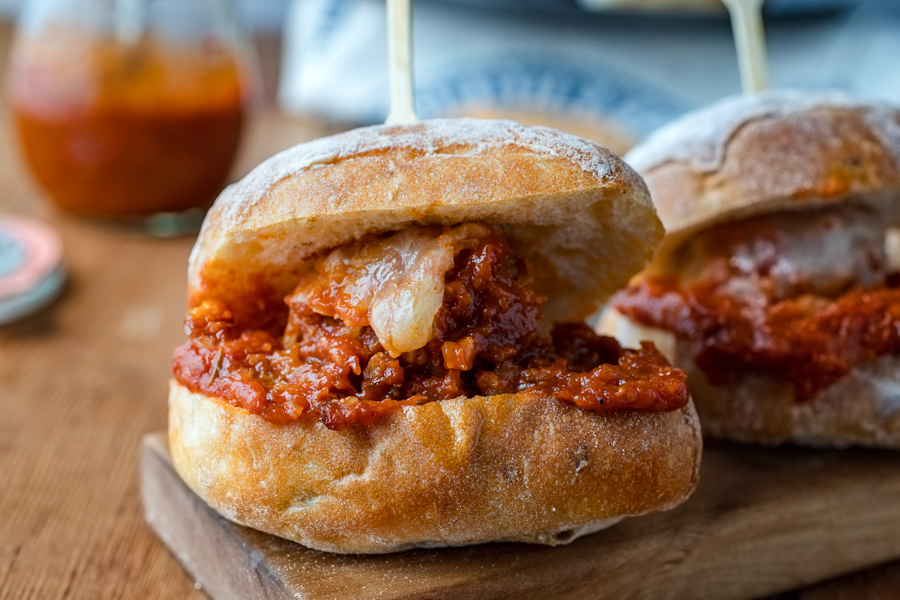 I have updated this Depression Era recipe for porcupine meatballs by serving them on trendy slider buns and melting some sharp cheddar over the top. 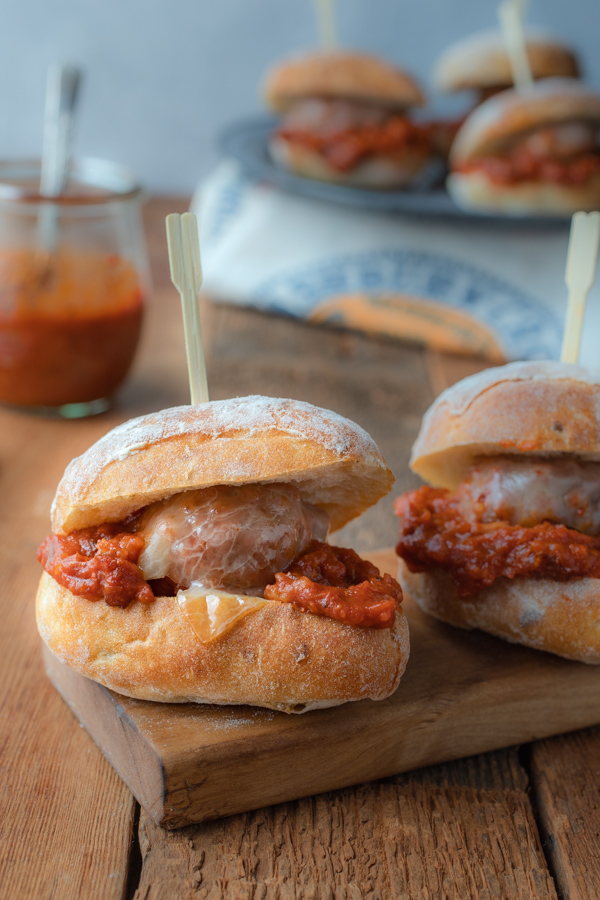 This post is part of a burger grill giveaway hosted by GirlCarnivore, but the inspiration for the recipe comes from my Grandma Florence’s recipe box.

Rice was Cheap and Meat Was Not

Although porcupines were eaten, most often at the subsistence-level of cookery, this recipe doesn’t employ the meat of the quilled rodent.

This recipe is a meat stretching recipe that most likely saw its first appearance during WWI and was popular during the Depression when meat was scarce and rice was cheap.

In Conservation Recipes, compiled the Mobilized Women’s Organization of Berkeley, 1918, a recipe for Rice Meat Balls appears and is probably the forerunner to the porcupine meatball recipe tucked into the my grandma’s recipe box. The recipe probably got its name because of the rice poking out from the sides of the meatball.

It’s interesting to see the evolution of this recipe. The ratios of rice to meat changed as meat became more available and affordable. With the introduction in the ‘30s of its workhorse condensed soup, Campbell’s suggested using tomato soup rather than canned tomatoes for this recipe. By the ‘70s, herbs, spices and more aromatics found their way into the once humble rice and meat ball.

So, in that spirit with so many amazing artisan foods and ingredients available, I have made some changes to grandma’s recipe. To the tomato sauce, I added a lovely smokey ketchup, a little smoked paprika, and some European style bacon from a local butcher. The meatballs remained relatively the same with the exception of melting a lovely sharp cheddar cheese over the top after placing the meatball and a generous spoonful of sauce in a potato slider roll.

Join in the fun. Make Grandma’s Porcupine Meatball Sliders and then enter to win these great gifts. 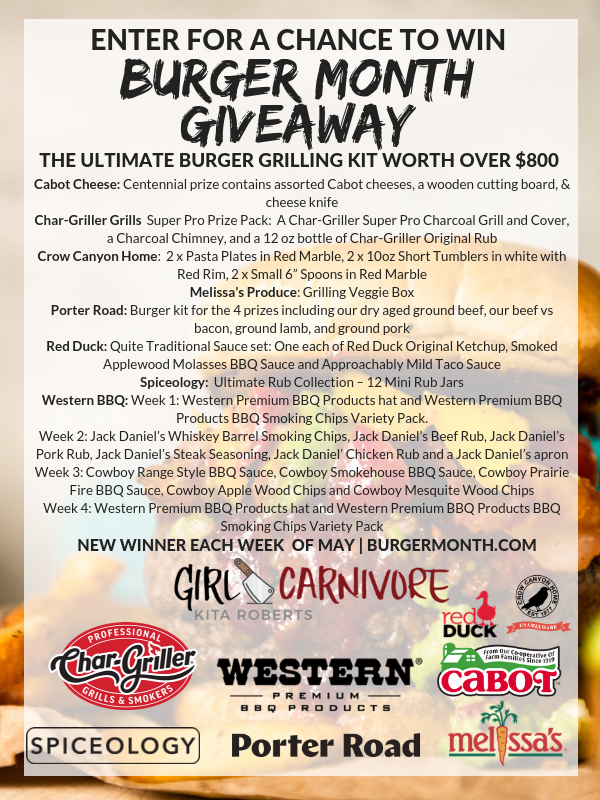 Be sure to follow along every day for the entire month of May for chances to win the Ultimate Burger Grilling Giveaway and check BurgerMonth.com daily for all of the amazing burgers.

For more inspired burger recipes check out these fabulous websites. 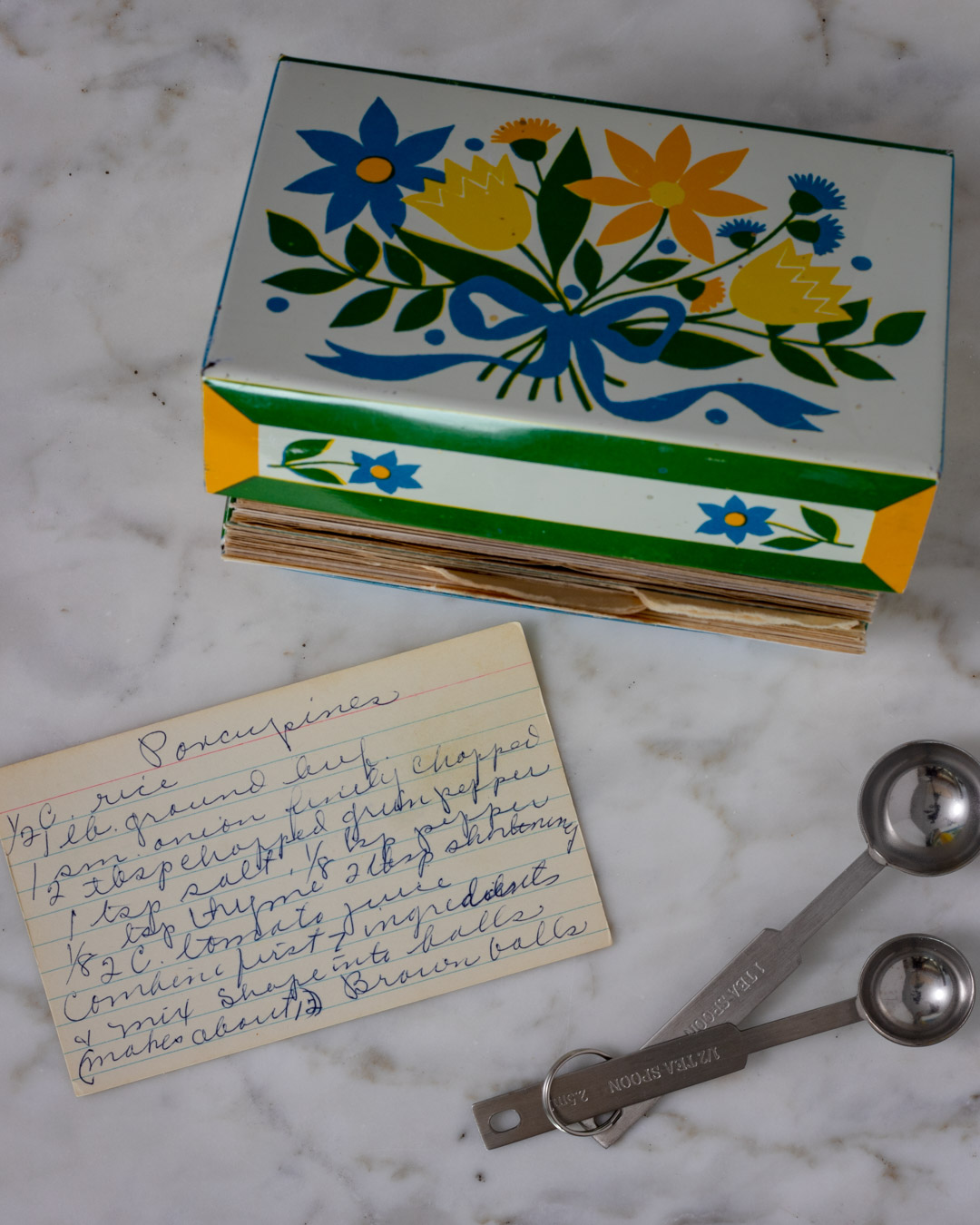 This website uses cookies to improve your experience while you navigate through the website. Out of these, the cookies that are categorized as necessary are stored on your browser as they are essential for the working of basic functionalities of the website. We also use third-party cookies that help us analyze and understand how you use this website. These cookies will be stored in your browser only with your consent. You also have the option to opt-out of these cookies. But opting out of some of these cookies may affect your browsing experience.
Necessary Always Enabled
Necessary cookies are absolutely essential for the website to function properly. This category only includes cookies that ensures basic functionalities and security features of the website. These cookies do not store any personal information.
Non-necessary
Any cookies that may not be particularly necessary for the website to function and is used specifically to collect user personal data via analytics, ads, other embedded contents are termed as non-necessary cookies. It is mandatory to procure user consent prior to running these cookies on your website.
SAVE & ACCEPT
121shares