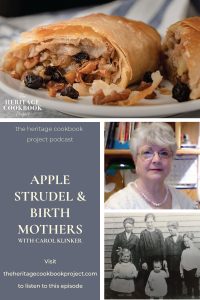 What do apple strudel and birth mothers have in common? Listen to Carol’s story of German heritage, crazy coincidences, and the connection between two women’s passion for cooking.
JUMP TO RECIPE 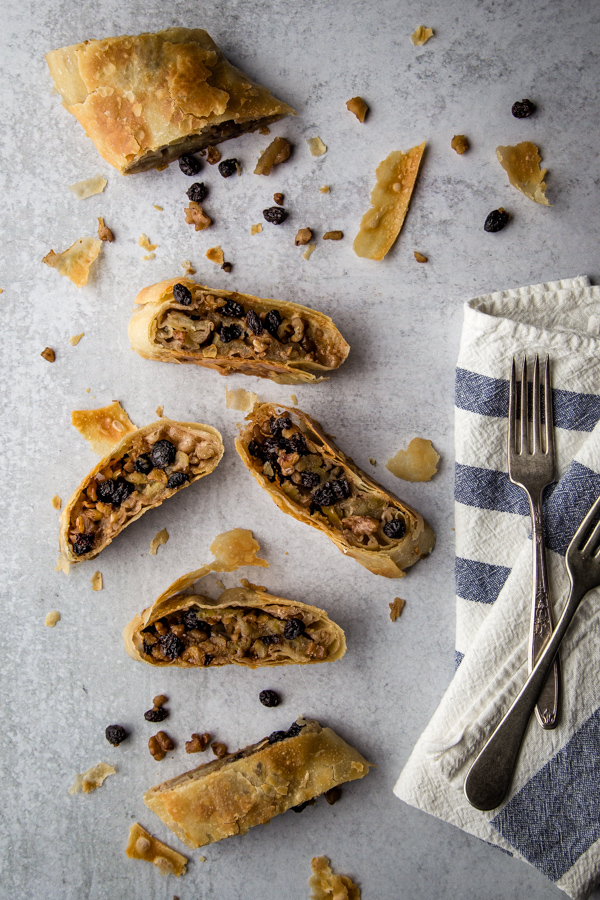 Carol Klinker:  I would say cooking is my relaxation. That’s my entertainment.

Leigh Olson: This statement resonates with me on a very deep level. I don’t think I can remember a time when I wasn’t interested in food. I loved cooking. I loved sharing what I cooked with friends and family. I loved to share everything I knew about food with people. When I entered my first year of college, my declared major was Home Ec Education.

Carol Klinker: I’m Carol Klinker and I was a Home Ec teacher for a few years and I am your birth mother. And met you when you were just about 21 or had turned 21, I guess it was a few days after you turned 21. And found out that we both loved to cook. We had something in common there.

Leigh Olson: Welcome to The Heritage Cookbook Project Podcast, where we document and preserve heritage by connecting with cooks across the country who share food memories, family recipes and a little bit of themselves. I’m Leigh Olson. And in this episode, I’m not only your host, I play a role in the story.

Carol Klinker: I had said to someone that walking around campus and looking at the different kids “You know, one of them could be mine and one of them had been.”

Leigh Olson: I had just turned 21 when I met Carol. Literally within days of turning 21, I was on a Grey Hound bus to the tiny farming town in Eastern Montana to meet my birth mother and her sons for the very first time. My brothers met me at the Friendly Corner bus terminal. Which was really a gas station and convenience store…conveniently located right off the Interstate. The boys gathered my suitcase and lead the way across a snow covered field from The Friendly Corner to their apartment.  Once there, Scott, the oldest brother, ran across the street to the high school to tell Carol that I had arrived.

Carol Klinker: And Scott came over to the school. And said “You’re really going like her. She’s really nice,”  Oh, and he was right.

Leigh Olson: Growing up I identified as Scandinavian…I still do…We celebrated holidays with lefse and lutefisk, rosettes and rømmegrøt. But meeting my birth mother gave me the opportunity to learn a little bit more about my biological culinary heritage.

Carol Klinker: My mom’s side of the family then was English. Grandma Arrington was an excellent cook and her house never had electric stove. It was all wood burning. She would do all these kind of recipes in her wood-burning stove, which was amazing that she could bake bread and make these kinds of things and have them turn out every time.

My grandmother on my mother’s side also had like a huge garden and they had a huge truck farm. They’d put stuff in the back of the truck and haul it in to Yellowstone park. And Mom would talk about going from place to place, selling there, um, produce and then sleeping under the pickup to stay out of the weather and then go on. Mom said she’d have to go up to the doors and knock on the doors and see if he wanted to buy any apples or they had a huge apple orchard. There were five kids that were always working to help bring income in ‘cuz grandpa had died when mom was two. So it was just up to grandma and the five kids to support themselves. She would bake pies and sell them because she had excellent pies. Boy could she bake a pie. I didn’t did inherit that from her. Rhubarb Pie. That one. That one was one of my favorites and she used tapioca in it and orange rind. Sometimes she’d make Strawberry Rhubarb Pie, but I liked her just plain rhubarb pie the best.

Sponsor Ad Read: This episode of the Heritage Cookbook Project podcast is supported by Bob’s Red Mill. When you’re making those treasured family recipes, don’t leave the quality of your ingredients to chance. Visit bobsredmill.com to find out more about this employee owned company, their products and how you can fill your pantry with them with their products, not their employees.

Leigh Olson: And now back to Carol and Grannie’s Apple Strudel.

Carol Klinker: My father’s mother who was German was not the cook. She didn’t like being in the kitchen. She had a greenhouse, an apple orchard and that kind of stuff. And she liked being outside.

We had more German influence in the cooking. I think maybe because dad liked the German food. Every October we’d always have an Octoberfest and do all kinds of different German dishes.

My father’s very favorite dessert was apple strudel. We’d usually do that quite often because he really liked it. At least once a month.

The fun part was making the dough and stretching it. We’d take grandma’s, my mother’s mother oak table and make it, and that was a big clawfoot oak table and we’d stretch it out and then put up clean white sheet on it and stretch the dough out over that table and always use the back of your hands when you’re stretching it. So you don’t poke holes through the strudel dough because it gets to be paper thin. There’s just something therapeutic about just going slow and stretching it and pretty soon it’s just almost like a window pane.

And when you put the bread crumbs onto it. Mom would always bake her own bread of course. And then she would take a loaf and cut it up and let it dry. And then we had one of those old fashioned hand grinders that you clamped on to the the shelf, then we’d put the bread through yet the dry bread and make breadcrumbs with it and then sprinkle those over the dough.

The one thing with the dough. You’re supposed to hold that no way above the boards and crash it down. It’s really good for frustration. Take a lot of frustrations cause you’re supposed to repeat it as about a hundred, 125 times or until the dough is smooth and elastic. By then you should feel pretty good.

We had I think a three big apple trees in our yard. And they were big apples, but they were real crisp this, it seemed the they were sweet and the recipe does say tart apples, but I think we just use whatever we could get our hands on.

Mom’s mom showed us how to lay the knife on the side and go around and we’d have contests about, see if we could peel an apple in one one piece. And then she always sliced against her thumb, you know she never used a board to slice on it. It just took way too long.

Now I have one of those apple, peeler, corer, slicer things and so I, I do it that way.

Dad loved raisins in his, so part of it had raisins and part of them were without.

The edges are thicker naturally. So we would always take scissors and cut the edges off. And um, by the time you sprinkle that apples on it and nuts if you’re going to put them on and raisins and everything and roll it mom would make kind of um oh, like it snails kind of shape. But you don’t have the edges touching each other. And then you brush it with butter.

It was definitely a process getting it done but boy was it good. It’s a labor of love. When I make it, I remember dad and doing it all those times.

Leigh Olson: I asked Carol what her first memory of cooking was. It wasn’t so much a first memory as it was a recognition of something that was just part of her.

From the time that I was little, my mother said I would push a chair up next to her, especially if she was stirring something. And I would say “me to stir, me to stir,” [inaudible] and I loved stirring anything. I love cooking. Something creative about it. It’s a part of you. It’s just like an artist, you know, they paint the picture and they put their heart and soul into it too.

Leigh Olson: I hope that you enjoyed Carol’s story about Apple Strudel and connecting with your inner passion. If you want to hear more stories like this, please subscribe wherever you get your podcasts.

The full recipe for Grannie’s Apple Strudel can be found at theheritagecookbookproject.com.

The Heritage Cookbook Project Podcast was produced and edited by me, I’m Leigh Olson.

I’ll be back in two weeks with the first of two episodes celebrating Filipino American History Month – Kamayan Feasts aka No Forks Given. Until then, thank you so much for listening and make sure to feed your inner passions.

I generally play host and narrator to the stories featured in the podcast. I may add a little clarity at times or help the transition from one topic to the next. But in this episode, I actually have a more active role.

I can’t remember a time when I wasn’t interested in food. I loved, and still love cooking and sharing food with family and friends. When I met my birth mother for the first time, it became very apparent where this passion had come from.

Thank you to our Sponsor Bob’s Red Mill for keeping my pantry full of fabulous flours and baking products!

As an Amazon Associate and member of other affiliate programs, I earn from qualifying purchases. 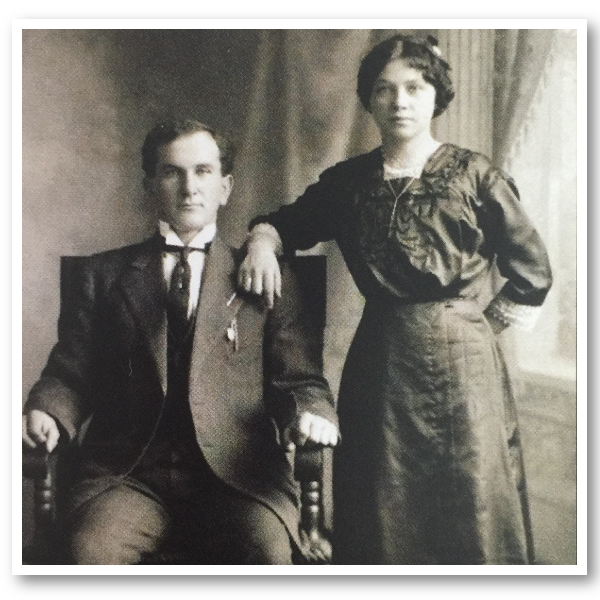 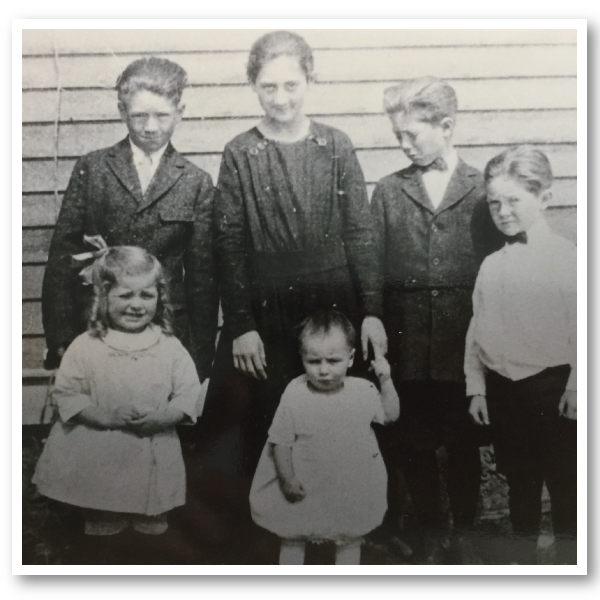 Print Recipe Rate Recipe
Prep Time: 2 hours
Cook Time: 45 minutes
Course: Desserts
Cuisine: Germany
Keywords: apple strudel
Servings: 8 people
Calories: 631kcal
Author: Carol Klinker
Carol’s grandfather came from Germany when he was just a boy. Once of his favorite desserts was Apple Strudel and it became her father’s as well. They would make it often, stretching the dough over her grandma’s clawfoot oak dining table. Set aside an afternoon, it is quite a process, but well worth it.

To Stretch the Dough

Fill and Roll The Dough

I would say cooking is my relaxation. That’s my entertainment. 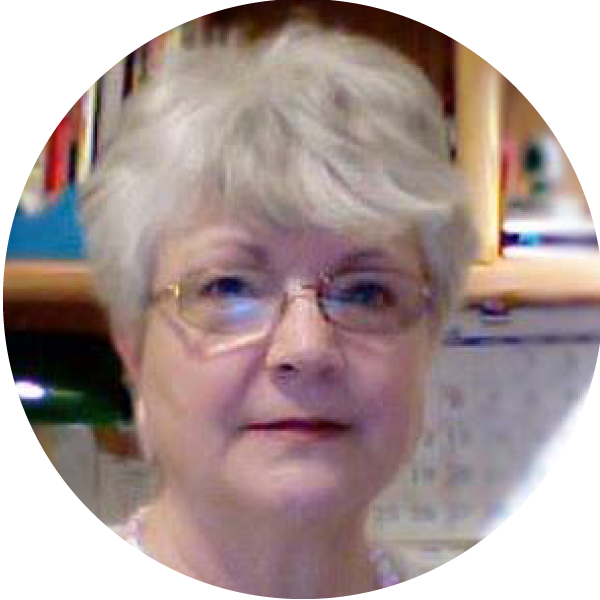 ← Fried Chicken and Lunch Counters Kamayan Feasts aka No Forks Given →