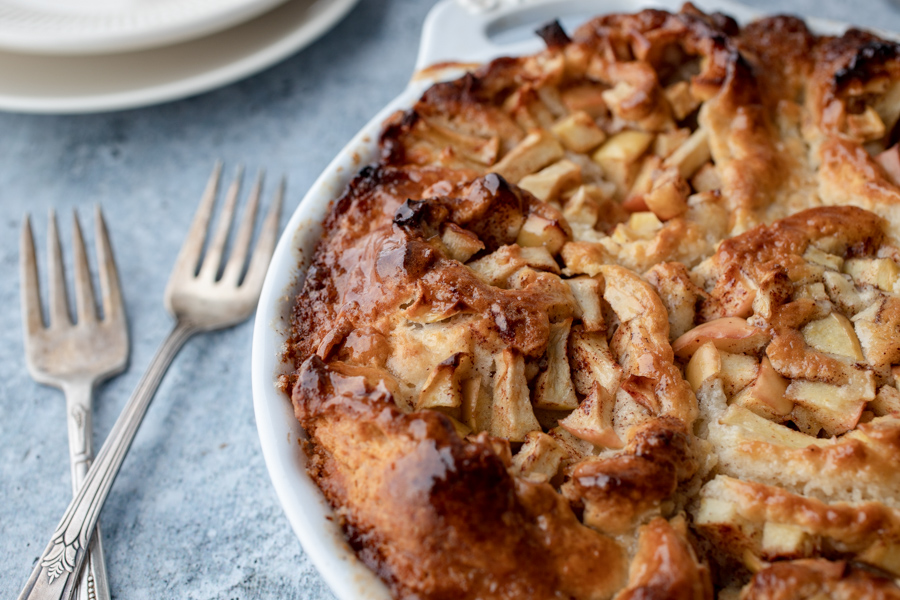 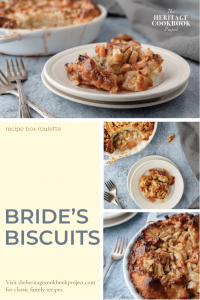 This recipe for Bride’s Biscuits is actually more like a recipe apple cinnamon rolls than a biscuit. But whatever they’re called, they are sweet, appley, bites of deliciousness.

THE NAME OF A RECIPE

When discussing recipes, I often hear, “Oh, my mom used to make that, but she always called it…”

The naming of a thing often has both a social and emotional significance. As social beings, we crave connection and in naming something we give that thing a reason or purpose to which we can connect.

I think that this need-to-name also holds true when it comes to recipes, especially family recipes. By assigning a name that has a significance to our family or a specific event, we imprint the recipe with our heritage and culture.

I imagine that someone in Diane’s family gave this treasured family recipe as a gift to a new bride to demonstrate acceptance into the family. And from that moment on, the recipe became known as Bride’s Biscuits.

As I researched this recipe card, I typed in so many search phrases – Bisquick apple rolls, apple cinnamon rolls, cinnamon rolls with Bisquick and apples. I thumbed through cookbook upon cookbook. I looked for recipes in Bisquick booklets. I wasn’t able to find anything that resembled this recipe with any of those searches.

Then I typed “apple cinnamon rolls with hot water syrup” and found this recipe for Heirloom Apple Rolls from Oh, Sweet Basil. It had so many similarities to the Bride’s Biscuits with the exception of the fact that the dough was made from scratch rather than Bisquick and the apples were grated rather than chopped but the hot water syrup was the same. And the recipe’s claim to be a 200-year-old recipe somehow validated Diane’s inscription of “an old family recipe

FROM SCRATCH TO BISQUICK

I would venture to guess that Diane’s Bride’s Biscuits recipe actually started out being made completely from scratch. But somewhere along the line, a busy homemaker in Diane’s family took advantage of an innovative new product on the market called Bisquick that promised both convenience and a homemade taste.

And who can blame her, everything you need for baking biscuits – or cinnamon rolls – including flour, fat, salt, and leavening right there in that sunny-yellow box with its cheery blue lettering.

A BISCUIT BY ANY OTHER NAME

Whether you call these Bride’s Biscuits or Apple Cinnamon Rolls, the result is gooey, appley deliciousness. Diane suggests that you “Serve warm or cold, topped with whipped cream or ice cream if desired.” She goes on to say, they’re “also good without topping and with a glass of cold milk.” 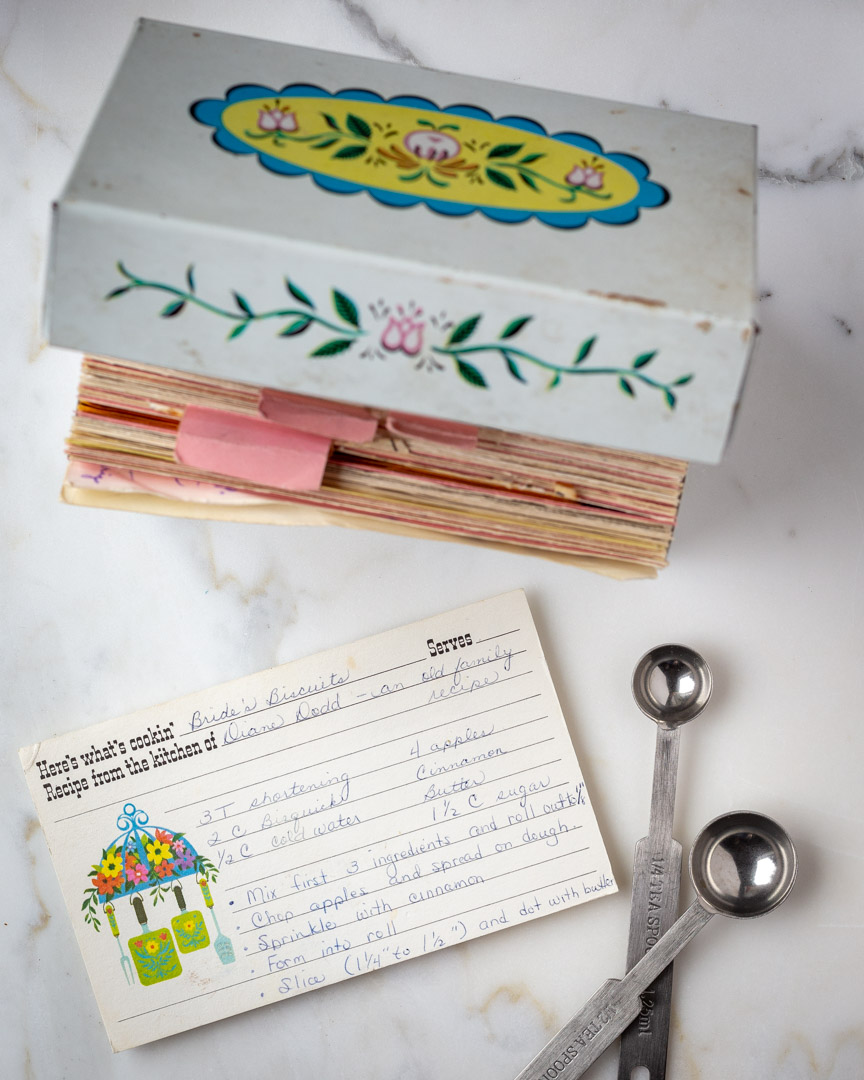